One day that Little Red Riding Hood was having a stroll through the Mountain, Big Bad Wolf number One spotted her. And he thought of how tender it must be to sink his teeth into the fresh flesh of Little Red Riding Hood. And since he was a witty Wolf, he thought he would lure the Little Red one into a trap. And so the Big Bad Wolf approached Little Red and displayed extra wit and humour to impress her. Little Red was indeed very very impressed. She had never heard a Wolf talk to her like that. They usually pretend to be her grandmother to eat her up. And so Little Red though this Wolf was so extra-ordinary she might want to stick around to listen to him more. And thus she did.

After a long while of showing how smart he was, the Big Bad Wolf finally had Little Red close enough that he could eat her up. He opened his mouth and sunk his sharp sharp teeth into her. Or at least he tried. Turns out his teeth were quite small. Like the size of baby teeth. They were so small that it took a while for Little Red to understand she was being eaten. When she finally understood what was happening, she cried for help. And her brother, Robin (you know the one, Robin Hood. What you never though of them being related before? Well let me tell you they are. Obviously), shooed the beast away.

Little Red was crying a little when she saw the scratches on her skin. “How do I fix this?” she asked her hooded brother.

“Easy. You need a rope, a very big bag and a trunk.” Said Robin as he was watching the not so witty wolf scamper off into the distance.

And then one day that young Red was having a stroll in the Forest, Big Bad Wolf number Two spotted her. And he thought of how amazing it would be to have a young creature that would pet him all the time. And since he was a charming wolf, he thought he would lure young Red into a trap. And so the Big Bad Wolf approached the young one displaying extra charm and fuzziness. Young Red was very very charmed indeed. I mean, have you ever seen eyes so blue and fur that looked so plush? Young Red hadn’t. And so the Red Kitty though this Wolf was so extra-ordinary she might want to stick around to be with him more. And thus she did. 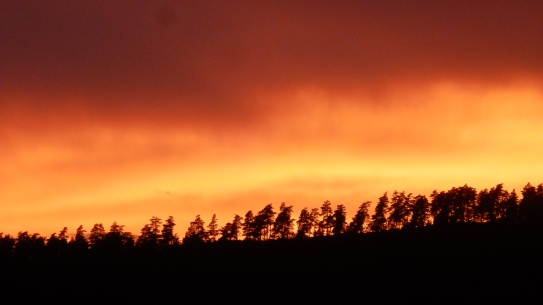